Lawyers may deserve the “asshole” label at times, but not because we are all mean, nasty people. Yes, there are many lawyers who are. But many more lawyers act poorly because they’ve never learned differently.

I’m not saying that you shouldn’t ever argue the correctness of your position, because I am not an idiot. But choosing the right time and the right place for that argument is where we lawyers often stumble. Far too many attorneys have their “I’m right” dial set permanently at 11, one of the reasons lawyers’ interpersonal relationships suffer.

being in an environment that pushes you way past your default personality traits can make you hostilejudgmental, anxious, brittle and impatient. You can find the job that aligns really well with your purpose and gives your life meaning, but if the daily environment doesn’t match your personality needs, you’ll end up stressed and possibly confused about why. 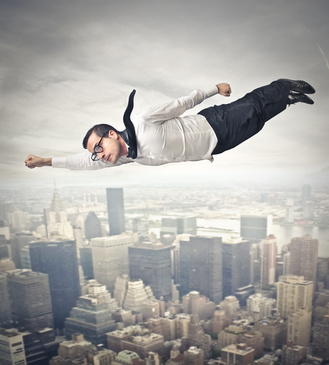 When the work starts to pile on, lawyers not only fail to put on their oxygen masks, they head for the cabin door, rip it open, and jump out. From 5,000 ft. And then they wonder why they end up drained, dispirited and depressed about their jobs and their life. The ironic thing is that those 80-hour weeks don’t produce higher quantity or quality work.

Even when those 500 lawyers finished talking about the email, it still left an emotional mark on those who already were unhappy about the firm and the profession. Emails like Morrison’s are a trigger. They set off waves of unrest and dissatisfaction, if not outright plunges into depression and anxiety. Focus gets lost, and it’s hard to regain. So you have a bunch of lawyers who are not thinking well or clearly. They may end up doing substandard work, which means that other people have to review work and catch mistakes (cha-ching!) that they wouldn’t have had to do otherwise. And the distracted lawyer has to fix stuff (more cha-ching!). Plus it makes it hard for many of them to even drag themselves to the office the next day, or get to work at all, if the experiences of me and my clients is any indicator.

This key difference between the commentators and Silver? From where I sit, Silver, with his Feeler talents, saw that he couldn’t just (publicly) lawyer through all the contracts and what-not that McCann and Shropshire were agonizing about. He saw clearly that the damage to the NBA was going to be severe if he didn’t act to make Dennis Sterling a pariah. Having deeply outraged players and fans, and having the NBA appear more concerned about its pocketbook than its morals, was in the long term going to cause a much deeper crisis for the league than whatever millions any lawsuit might cost. Feelings were in the driver’s seat, and in Silver, the NBA had a lawyer who understood that.

It’s true, there are only a certain number of hours in a day. And, for every hour lawyers have, there

END_OF_DOCUMENT_TOKEN_TO_BE_REPLACED

Think that if only you didn’t work for asshole lawyers, you would like your job? Well, maybe. But often the

END_OF_DOCUMENT_TOKEN_TO_BE_REPLACED

Unhappy lawyers often think that their problem is simply their horrible job. But there’s also another truth at work: Some of the horridness of your job stems from your own toxic attitudes. ttorneys, and lots of other people, tend to think that their attitudes about money, mistakes and certainty are truth, when really they’re a choice about how you view the world.

Much like using chemicals in the garden produces impressive-looking results at first, but ultimately robs the soil and plants of what they need to survive. They become dependent on chemical help just to survive. So instead, plant yourself in the right light, soil and water. Then work on growing where you are planted.

What Y’all Are Saying

Leaving the Law
Blog at WordPress.com.